Find out more about our history and who we are

Morris Dancing ~ What’s it all about?

Morris Dance has been part of English life for at least 600 years and may be much older. While the style is peculiar to the English mainland, similarities remain with Catalan and Basque dancers. The origin of the dances is a matter of continuing dispute and argument; Morris was certainly thriving in Shakespeare’s time.

One school of thought claims the dances came from Africa through Spain and France (where there are still dances very similar to Morris) with the invading Moors, the word “Morris” being a corruption of “Moorish”. The other main theory points to evidence of similar dances in England, long before the Moors, deriving from the Druids’ Maris dances, in celebration of the god Maris. By Elizabethan times, the Morris had become established in many areas, notably the Cotswolds, the Welsh borders and the North West of England. Each village developed its own style or tradition of dance, many of which are “living” and still evolving.

The majority of Morris clubs dancing today are ‘revival’ clubs. They meet regularly for practice and to give public shows, unlike the old sides that would often meet and dance for a short period each year. A side will have a Squire, a Bagman or Secretary, and a Foreman responsible for teaching the dances. Each side will have its own costume derived from traditional forms, with perhaps a symbol or badge having some civic or territorial association. Many sides have a Fool or an Animal to amuse the audience.

Cecil Sharp was one of the main collectors of Morris dances and tunes in the early part of the 20th century. Without this one man’s determination to record the dying traditions of the dance, it is highly likely that virtually nothing would have survived. As such, the Morris world holds Cecil Sharp in very high regard.

The oldest established side in Devon, Exeter Morris were formed in 1951 and are members of the Morris Ring of England. Each summer, in our distinctive outfit black top hats, green waistcoats and black britches with bells at the knees, Exeter Morris dance in towns and villages throughout Devon and travel to other parts of the country as guests of other Morris sides.

As well as appearing at major folk festivals in Britain, we have performed at festivals throughout Europe and performed in the USA. Regular fixtures include the Exeter Craft Festival held each year on Cathedral Green and Colyford Goose Fayre.

The form of dance that Exeter Morris perform is known as Cotswold Morris. The side has a repertoire of about 70 dances, mostly from the villages in the Cotswolds region of England such as Adderbury, Bledington, Ilmington and Lichfield. From October to April, currently  we practise at Ide Memorial Hall (next to the village shop & post office) on the outskirts of Exeter.

Come and join us

Morris Dancing is great fun, good exercise and gets you to some of the best pubs in Devon. Dancer or musician, novice or experienced, young or old, we would love to hear from you. You too could soon be helping to keep alive one of England’s oldest traditions for future generations to enjoy… and some say it’s just another excuse for a beer!

Please contact the Squire or the Bagman or speak with any member of the side when you see us out and about. We practice most Thursdays from October to April at Ide Memorial Hall, on the outskirts of Exeter. A warm welcome awaits any new member. Be warned, this could be a life changing decision – a wonderful one ! 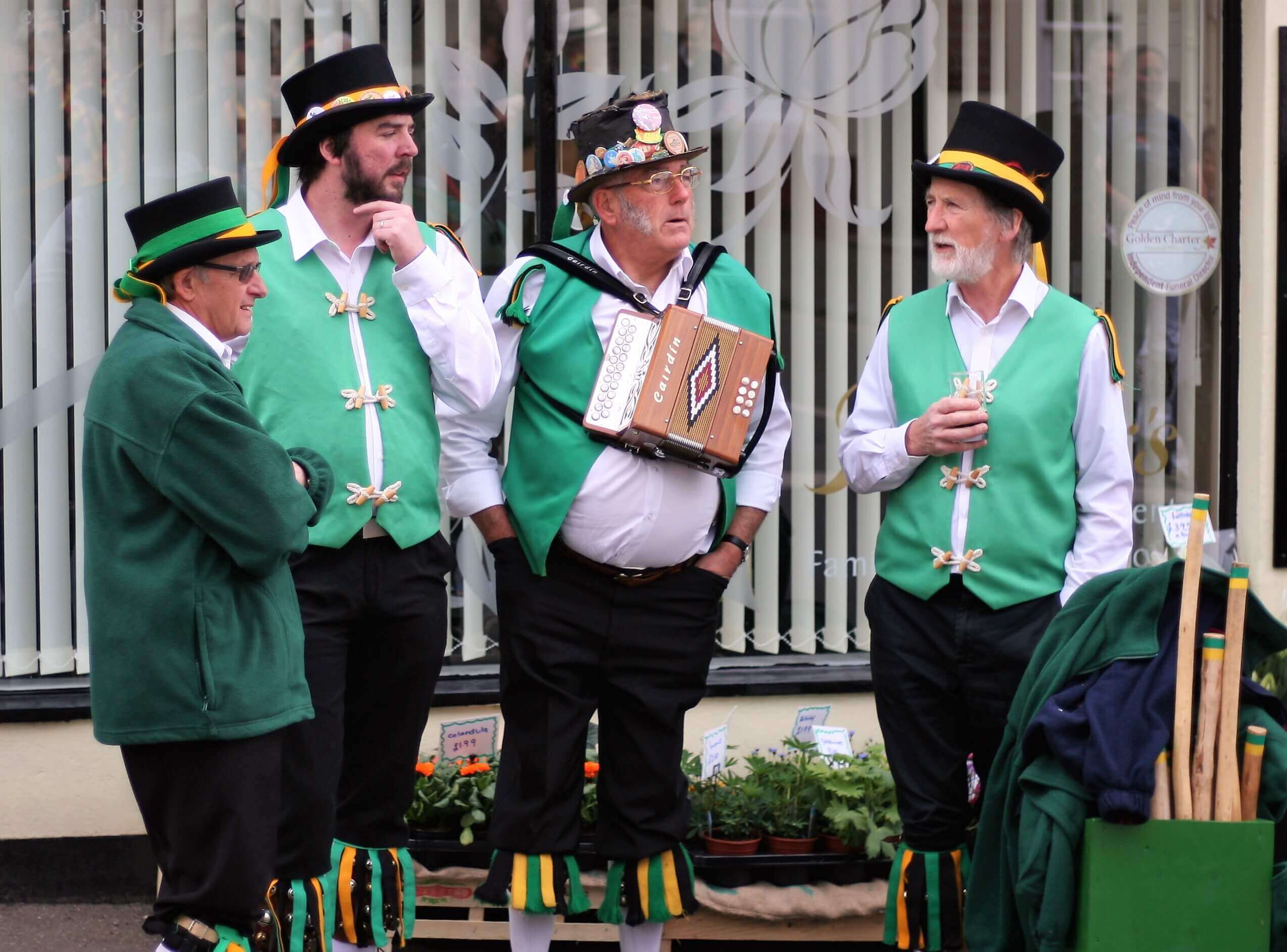 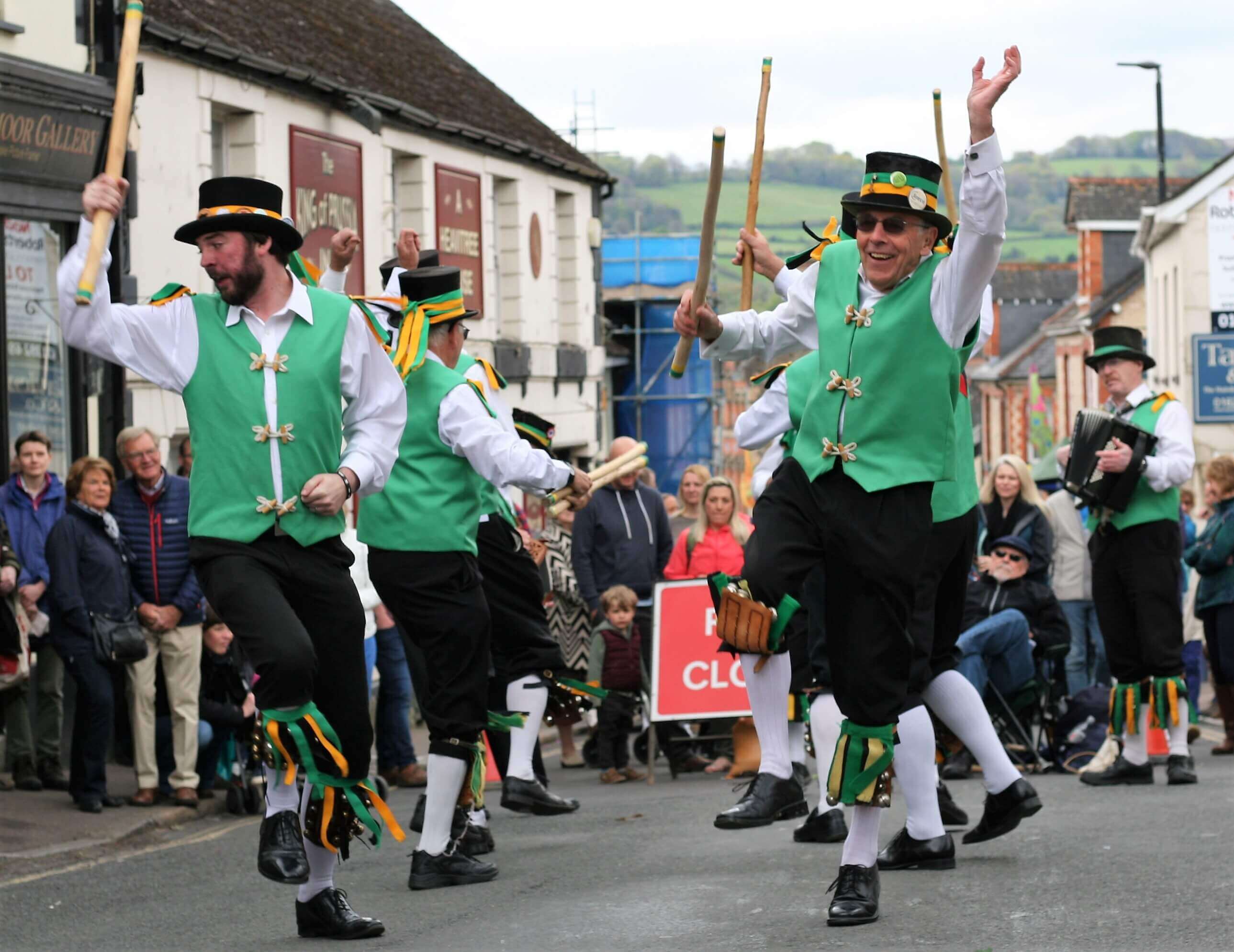 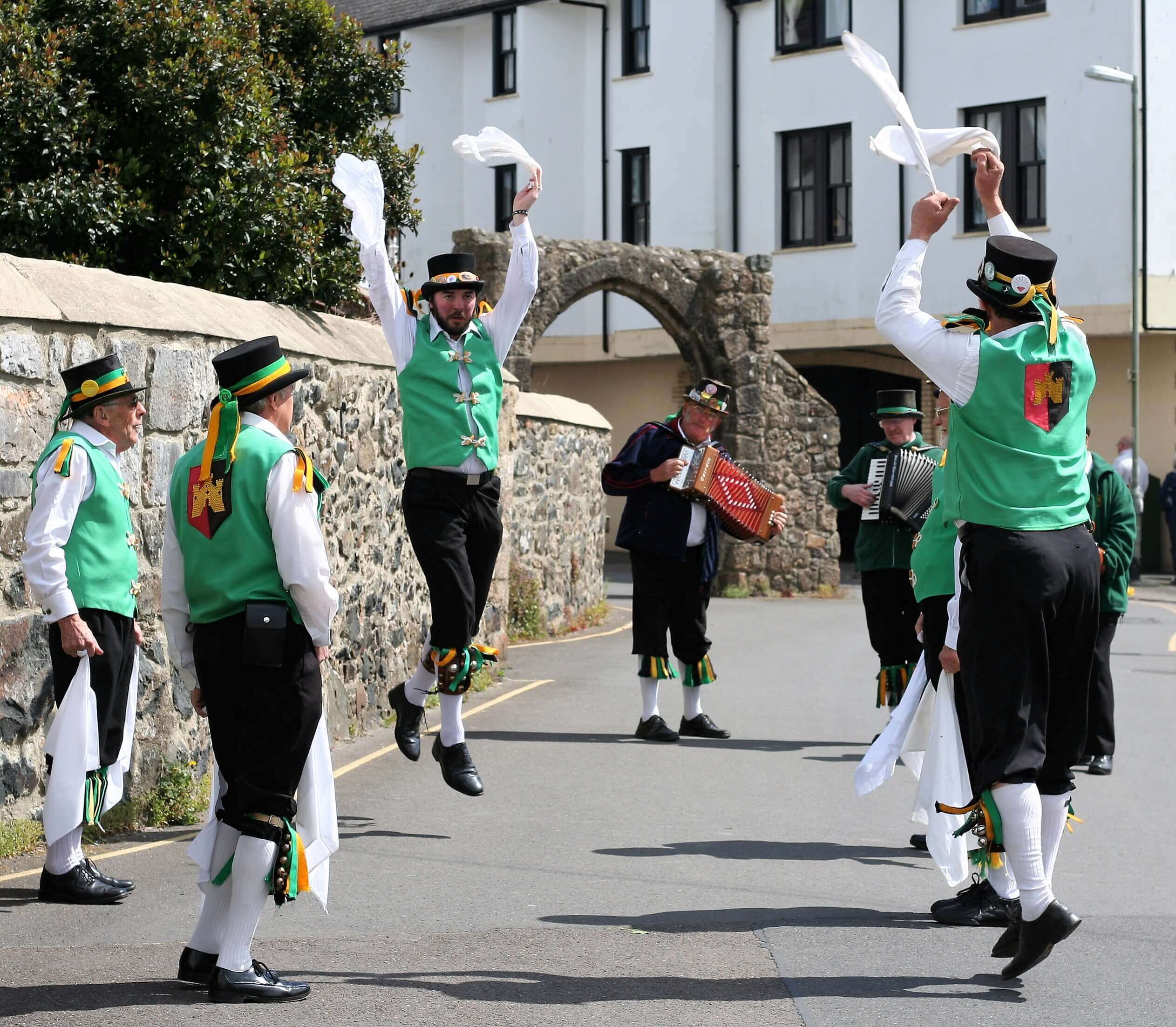